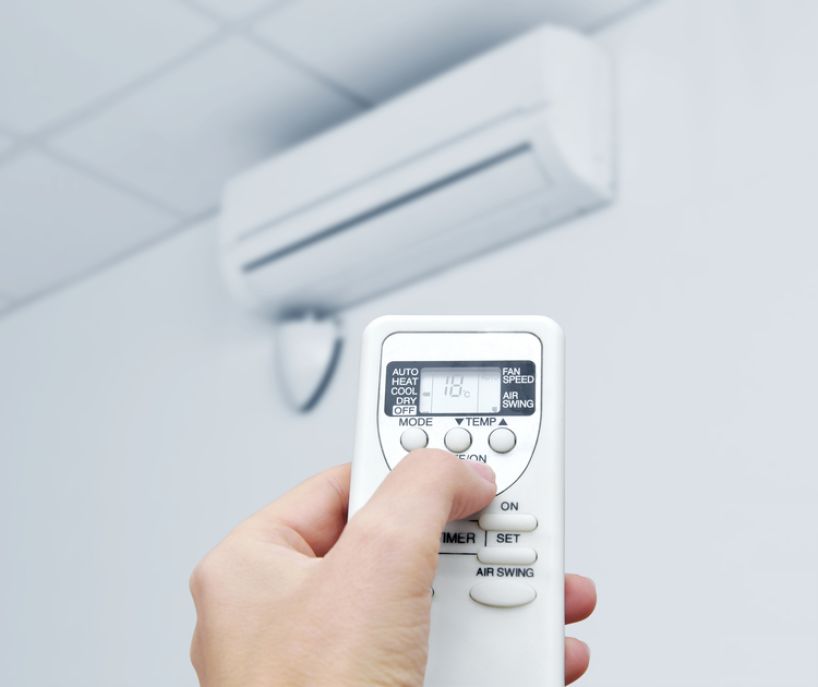 Keeping air cool in homes and offices this summer will be expensive–about 5 percent of the energy used in the United States each year goes to running air conditioners. But researchers at the U.S. National Renewable Energy Laboratory (NREL) in Golden, CO, have come up with a new air-conditioner design that they say will dramatically increase efficiency and eliminate gases that contribute to global warming.

“The technology we have today is nearly a hundred years old,” says Eric Kozubal, a senior engineer at NREL. Kozubal and colleagues have come up with an air conditioner that combines evaporative cooling with a water-absorbing material to provide cool, dry air while using up to 90 percent less energy. The desiccant-enhanced evaporative, or DEVap, air conditioner is meant to addresses the old complaint, “It’s not the heat; it’s the humidity,” more efficiently.

Evaporative cooling–blowing air across a wet surface to promote evaporation–has long been used in so-called swamp coolers. A method called indirect evaporative cooling improves on this design, dividing air into two streams, which separated by a polymer membrane. Water is passed through one airstream, making it cooler and wetter; the cool air cools the membrane, which in turn cools the air on the other side without adding water.

But air can only hold so much water vapor, so in humid climates the effect is limited. On a 32 ºC day in Houston, Kozubal says, evaporative cooling may only bring the temperature down to about 27 ºC. Ideally, to provide a comfortable building, an air conditioner should cool air to 13 or 16 ºC.

NREL overcomes the humidity problem by adding another step, the use of a material known as a desiccant that absorbs moisture. NREL uses a liquid desiccant, a syrupy solution of lithium chloride or calcium chloride, about 44 percent salt by volume. In this setup, another membrane separates the desiccant from air traveling through a channel. The polymer membrane has pores about 1 micrometer to 3 micrometers in diameter, big enough that water vapor passes through easily while the salty liquid stays put. The membrane is also coated with a Teflon-like substance to repel liquid water. The desiccant pulls moisture from the airstream, leaving dry, warm air. Then it’s back to indirect evaporative cooling: in a second channel, water evaporates to cool a secondary airstream, which in turn cools the first airstream, and out comes cool, dry air.

“I think it’s very promising,” says Anthony Jacobi, codirector of the Air Conditioning and Refrigeration Center at the University of Illinois at Urbana-Champaign. “I don’t believe the idea of integrating these technologies is very new. Doing it successfully may be.”

What’s new, Kozubal says, is a design that manages to merge evaporative cooling and desiccant drying into a cost-effective system. “It makes this type of air conditioning viable for commercial and residential processes for cooling,” he says.

The industry is working on a variety of methods to improve the efficiency of air conditioning, Jacobi says, from the use of heat exchangers to improvements in the compression systems of traditional machines. “It’s an area of great importance to the nation, because about a third of our nation’s energy use is in buildings.”

The U.S. uses about 100 quadrillion British Thermal Units each year, according to the U.S. Energy Information Administration. Up to 40 percent of that is used in buildings, with about 5 percent going to air conditioning. Kozubal says his system could cut that in half in less-humid areas and by up to 90 percent where humidity is high. “When you talk about a technology that can save 2 to 3 percent of the nation’s entire energy supply, that’s quite a lot,” he says.

The desiccant used in the system is relatively harmless (calcium chloride is used in road salt), though its corrosiveness requires that metal be eliminated from the hardware. What’s particularly attractive is that it replaces the chlorofluorocarbons that are used as the refrigerant in traditional air conditioners. Those CFCs can easily leak, and every kilogram of them provides the same greenhouse gas effect as about 2,000 kilograms of carbon dioxide.

Kozubal says it might take about five years to develop the system to a point where NREL can hand it off to industry for commercialization. The system is designed to replace existing systems without many changes, so it could be phased in as people upgrade their old air conditioners.

The desiccant can be reused simply by heating it up to boil off the water it’s absorbed. In an industrial setting, that might be done using waste heat from another industrial process. In the home, natural gas or solar energy would work. In fact, Kozubal says, the setup could make solar thermal energy systems, which absorb sunlight to heat a home and its water, more cost effective. During hot summer days, solar energy that might otherwise go to waste could therefore actually help keep a building cool.